Titanium Dioxide, It is regarded as one of the best white inorganic pigment because of its excellent opacity, whiteness and brightness. Titanium dioxide has great chemical stability and it is widely used in coatings, plastics, paper, printing ink, chemical fiber, rubber, cosmetics and other industries. Due to the high surface energy of oxygen atoms, there is a strong interaction in the surface of inorganic oxide particles leading to the titanium dioxide forming agglomerated particles. In general, due to this agglomeration of the titanium dioxide particles, accuracy of single particle size analysis can be affected In laser diffraction and SEM (Scanning Electron Microscope) measurements, ultrasonic technology can help reverse the agglomeration of titanium dioxide, let's observe this beautiful change.

Figure1 shows an SEM image of a partial enlargement of titanium dioxide powder. The titanium dioxide crystals are relatively uniform and tiny, the particle size is between about 20 and 30 nm. In Figure 2 the SEM camera is zoomed out and shows that the titanium dioxide agglomerates are actually composed of a large number of "primary" particles. In fact, with the lens further away we can see that titanium dioxide is comprised of a large number of "aggregate" structures. That is why laser diffraction and SEM sometimes make such a big difference in particle analyzer results. SEM is very effective at looking at the morphology of microscopic particles and the original single crystals, while laser particle size analyzer is more appropriate for looking at "aggregate" particles and statistical distribution. So, what happens when we apply ultrasound to these agglomerates?

Ultrasound dispersion in Titanium Dioxide
Although titanium dioxide is easy to agglomerate, it will produce better dispersion effect as long as ultrasound is slightly used. 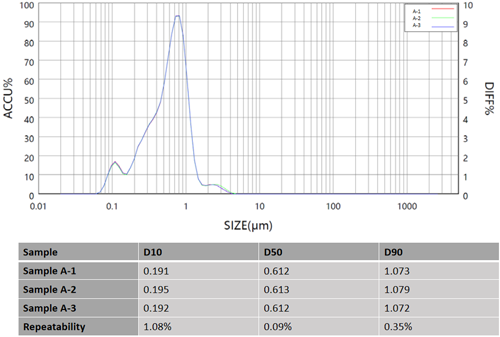 Figure 3. Results of Sample A with no ultrasound in Bettersizer 2600 measurement 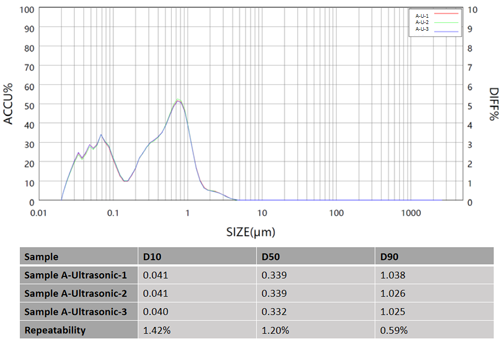 Figure 4. Results of Sample A with ultrasound in Bettersizer 2600 measurement 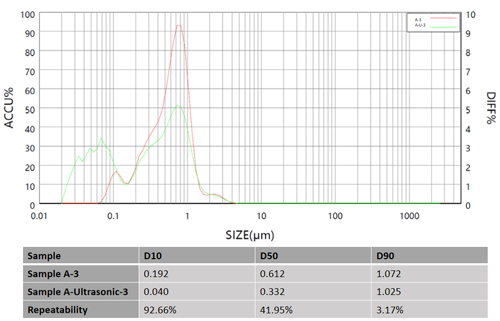 Figure 5.Comparison of sample 18060406 before and after ultrasound

Sample A is a titanium dioxide powder and its size undergoes an amazing change after applying the ultrasonic treatment. Figure 3 is sample A without any ultrasonic treatment and Figure 4 is sample A treated with ultrasonic treatment. In the comparison of Figure 3 and Figure 4, it can be seen the average particle size of the sample A has changed from about 600 nm to about 300 nm after ultrasound. While the median particle size significantly decreased, the small particle content increased significantly.
In conclusion, the ultrasonic dispersion system is able to disperse the agglomerated particles and form uniformly dispersed particles in the medium. If the agglomerated particles are not dispersed, inaccurate results will occur in particle size analysis by SEM and laser particle size analyzer. Therefore, ultrasonic dispersion is particularly important for the determination of titanium dioxide samples.